Updates and insights from the Bloq team

The Chamber of Digital Commerce, the world’s largest trade advocacy group for the blockchain industry, recently hosted their annual DC Blockchain Summit in early March. The audience and speakers comprise both industry leaders and policy makers, offering a uniquely level and sober examination of the space.

Regulation is coming, and you probably shouldn’t be afraid.

The presence of policy makers, representatives, and regulators as both attendees and speakers made one thing very clear: regulation is on its way. While regulation has been somewhat of a boogeyman to many in the industry, the most prominent voices – Chamber leadership – are looking to embrace common sense regulation.

Perianne Boring, the Chamber’s founder and president, and Amy Kim, the Chamber’s chief policy officer, presented the Chamber’s National Action Plan for Blockchain. This plan aims to catch the United States up with its European and, more urgently, Asian counterparts in terms of legal clarity through regulation.

Ultimately, I agree that some form of regulation is necessary for the industry to truly grown here in the states. Thus far, the lack of regulatory clarity has incentivized companies and innovators to seek other nations as domiciles so they can avoid breaking U.S. laws.

Regulatory clarity is a good first step in keeping these jobs, this innovation, and blockchain capital within the U.S. borders.

Policymakers are catching up.

The Chamber’s suggested plan offers an excellent set of guidelines for policy makers – but they’re also catching up on their own. A panel on regulation featured some heavy hitters in the regulatory world — the CFTC, FINRA, the U.S. Treasury, and the SEC all had representation on stage. Their conversations and understanding of the space were aligned with conversations our industry has been having for years. While still feeling a little behind, they’re catching up faster than I expected.

Their pace in addition to the guidelines the Chamber provided encourages me. Policy may always be outpaced by innovation, but perhaps we’ll finally take a hard look at the applicability of century-year-old laws dictating how a decade-old technology can behave in the U.S.

As long as you are building, you’re probably fine.

Bloq’s Co-founder and Chairman Matthew Roszak (who is also the chairman of the Chamber of Digital Commerce), participated in a fireside chat with Manmeet Singh, the CFO and CIO of EMURGO (Cardano’s venture arm), to discuss the future of tokenization. Frank Chaparro of The Block moderated the discussion. In it they talked about the obvious applications of tokenization – such as real estate, equity, and debt – to the more ambitious.

Both Matthew and Manmeet noted how while the cryptowinter might sting, now is the time to build. (A sentiment our CCO recently shared.) “This is the time to hire, the time to build,” said Matthew. “If I had one wish in previous downmarkets, it’s that I worked even harder on building great companies and teams.” 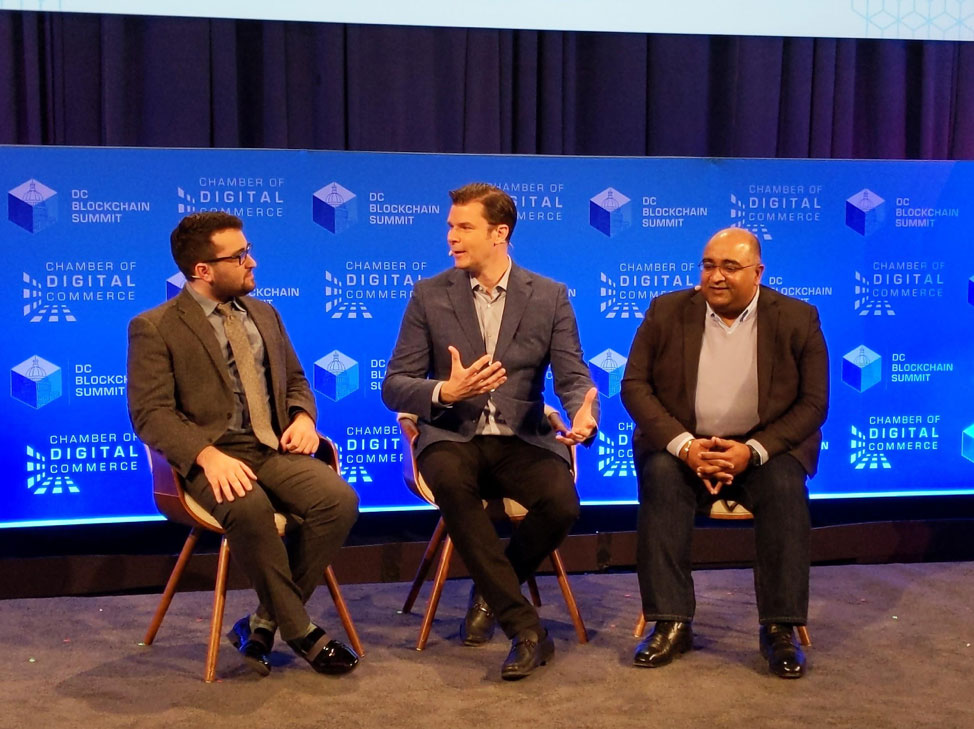 Largely, such markets tend to show who is serious and who has the projects that are worth building. As the Crypto Spring approaches, those who could build during the winter will be better positioned.

Bloq comprises innovators, builders, entrepreneurs, enthusiasts, and otherwise passionate individuals who are drawn together by the potential of blockchain technology, cryptocurrency, and tokenization. Even within such a group, though, we manage to hold diverse opinions about our industry. This helps us see around all the corners in this dynamic space. It also helps put readers’ ears to new and different doors, while delivering extra context to our announcements. Welcome.